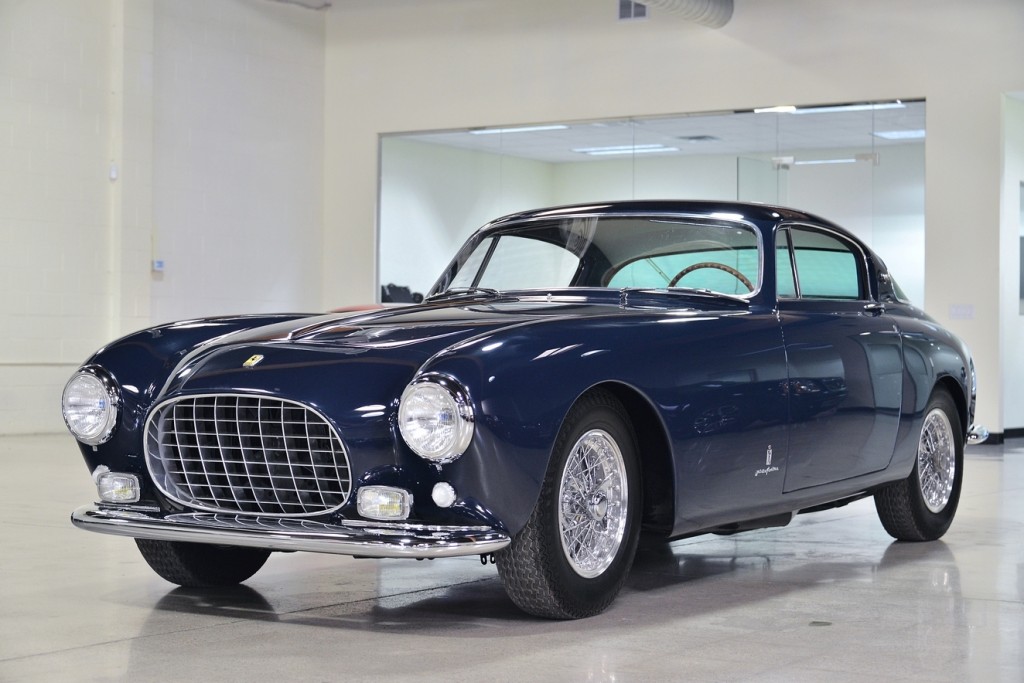 Introduced to the public at the 1953 Paris Auto Salon, the 250 Europa was the first road-going Ferrari identified by the now legendary 250 series nomenclature. It was also the first true gran turismo Ferrari ever produced, and it solidified Ferrari’s longstanding relationship with Pinin Farina.

Pinin Farina designed their first Ferrari in the early 1950s, but by the mid ‘50s, they had truly established the iconic Ferrari “look,” as exemplified by the Europa, Boano and Ellena GT series.

Even though these cars were marketed as expensive, luxurious, and well-finished grand touring machines, their advanced specifications and sleek lines helped assure the marque’s reputation for performance above all else.

Before the Europa, the famed Italian design house had been entrusted with far fewer Ferrari designs compared to its competitors, Vignale, Ghia, and Touring. With its high-waisted, crisp lines, and large oval grille, the elegant yet sporty 2+2 coupe is now regarded as a Pinin Farina classic and a trendsetting design for future 250s.

The Europa was the only Ferrari 250 to carry the Aurelio Lampredi-designed V-12, which was originally designated for racing use and produced over 200 horsepower. Due to this, the 250 Europa was capable of 135-mph top speeds and 0 to 60 times under 8 seconds. The V-12 engine was coupled to an all-synchromesh transmission and, in conjunction with the car’s superb handling characteristics, made for an outstanding grand touring package.

In a 12-month period, only 17 Europas were built by Pinin, 16 of them were coupes. Nearly all examples were exported to the United States. Notable owners of the Europa included Charlie Chaplin, Princess de Réthy of Belgium, Prince Bernhard of Holland and even Enzo Ferrari himself. 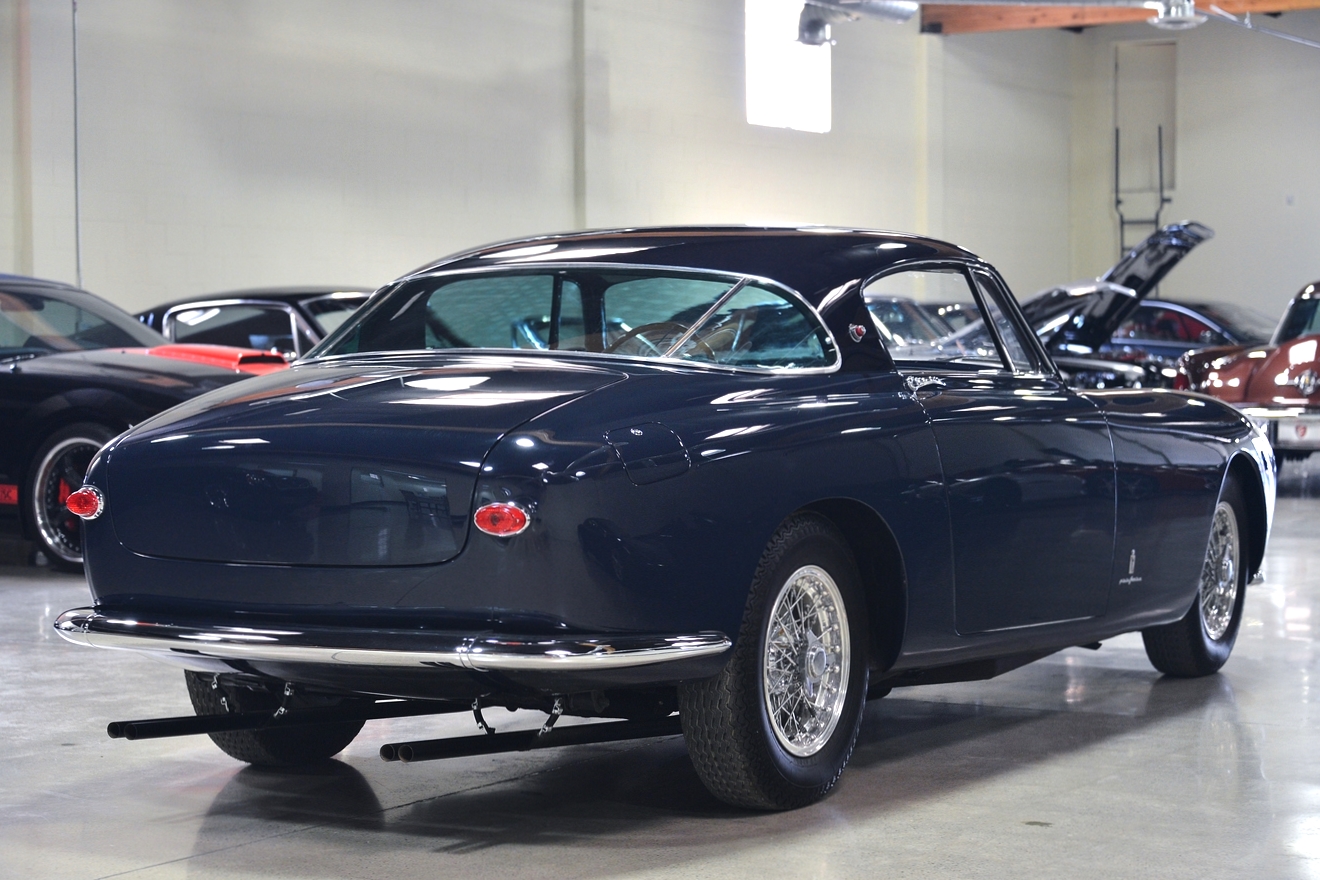 This Europa offered was finished on December 17, 1953 and was sold to its first Italian owner in February of the next year. It is the 9th of only 16 Europa Coupes that ever left the factory. During the 1950s, it was bought and sold several times, all among Italian owners, and in the 1960s it was exported to New York. Since then, it has never left the United States.

Recently, it has been the subject of a full restoration with paint and interior done by noted marque expert Brian Hoyt of Perfect Reflections. Hoyt finished the car in its stunning original color combination of Blu Montagna with beige hides and dark blue piping. The correct, outside laced Borani wheels are on the car and are in perfect condition. Overall, this vehicle presents as virtually new and shows no wear at all. The original 3-liter V-12 and four-speed transmission are no longer with the car and it has been upgraded to have the 4-liter V-12 from the Ferrari 330 GT, making it ideal for touring and use on rallies. Expert Ferrari mechanic, Patrick Ottis, recently rebuilt the 4-liter V-12 and rebuilt the drum brakes. Currently a five-speed Tremec manual transmission is fitted, making this Europa even more user friendly and even better for touring or long trips. A correct Ferrari 250 transmission comes with the car and can be installed by the next owner if they desire. This is an excellent driving example that is eligible for events such as the California Mille, Copper State 1000, Colorado Grand and countless others. 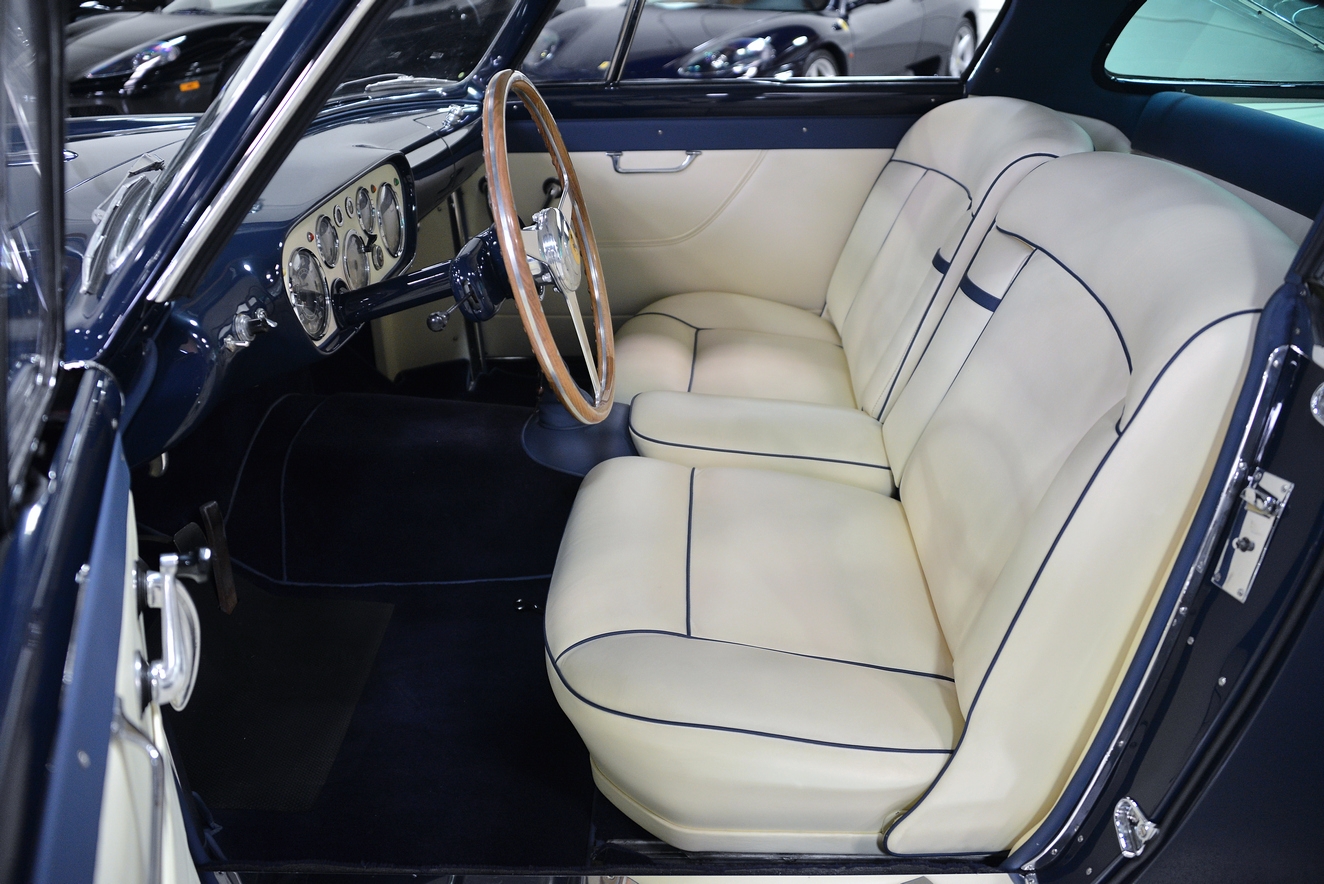